The Ear’s Structure and Function 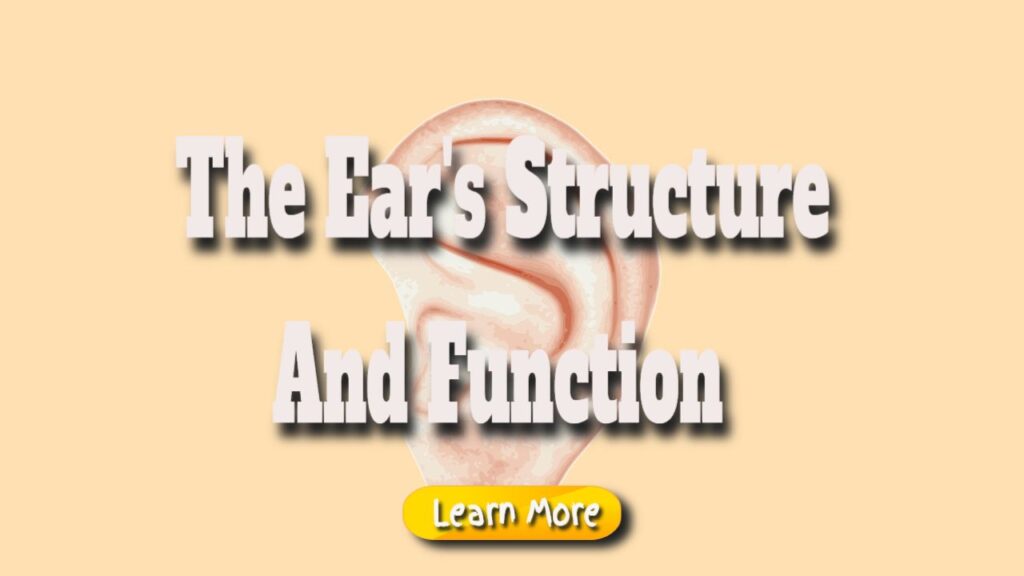 The Ear’s Structure and Function

The Ear’s Structure and Function: The ear is organised into three interrelated sections: the outer ear, the middle ear, and the inner ear. While the outer and middle ear is primarily in charge of sound transmission, the inner ear houses the cochlea, the organ of hearing and the body’s balance organ.

The growth of the ear

The development of the ear begins as early as the sixth week of pregnancy. The pinna (plural: pinnae) is the (visible part of the ear) that develops from little lumps (mounds) on the side of the head that grow and fuse as the foetus develops.

A microtia occurs when the pinna does not fully develop, and some babies may not have an ear canal.

Preauricular sinus is a common congenital disability in which the mounds do not entirely fuse; it frequently shows as a little hole enclosed by the skin in front of the upper ear, where the ear cartilage touches the face. When both sides of the head are afflicted, it is commonly thought to be an inherited aberration.

The ear is divided into three portions that are interconnected: the outer ear, the middle ear, and the inner ear. While the outer and middle ear is primarily responsible for sound transmission, the inner ear contains the cochlea, generally known as the organ of hearing, as well as the body’s organ of balance.

Protruding ears are caused by maldevelopment of the antihelix, a curving cartilage projection that runs parallel to and in front of the helix or outer ear rim; this is also a common hereditary feature.

The external auditory canal, also known as the external auditory meatus or meatus externus (EAM), is roughly 2.5 cm long and coated with skin.
Following the auricle, the outer third is made up of cartilage, with hair follicles and wax-producing glands combining cerumen and sebaceous glands.

The sebaceous glands discharge an oily substance called sebum into the root canals of hair follicles. In contrast, the ceruminous glands are modified apocrine sweat glands that open at the base of hair follicles and generate a wet, white secretion that darkens and thickens as it dries and becomes sticky.

Unlike the rest of the body, the skin in the external auditory canal migrates from the tympanic membrane toward the entrance, albeit the pace of migration varies from person to person.

Earwax is somewhat acidic and protects the external ear canal from bacterial and fungal infections; Earwax is kept away from skin irritation by hairs in the outer portion of an ear canal.

The ear canal continues downward and slightly forward into the skull, narrowing and bending somewhat at the intersection of the skull’s cartilage and bone.

The eardrum (tympanic tube) is located at the end of the external auditory canal and has a depression toward the anterior wall of the ear canal.

The pinna must be pushed up and out in adults (down and back in youngsters) to view the eardrum through the ear canal.

The outer ear and inner ear are separated by the tympanic membrane, it has a somewhat oval form and a maximum diameter of 9-10 mm.

The pars tensa is the most significant component of the tympanic membrane and is placed near the bottom of the membrane.

It is made up of three layers:

The epithelium is linked to the external auditory canal.

The mucosal layer that lines the middle ear and upper airway.

The middle ear’s primary function is to transform air vibrations that travel via the external auditory canal to the eardrum into fluid vibrations in the cochlea.

The malleus, incus, and stapes, three of our body’s tiny bones, are located in this region of the ear. They are called ossicles, and hearing is dependent on them.

A ligament supports the malleus in the middle ear, and its head is A synovial joint that connects the incus’s head to its body. The lateral malleus process is the most prominent location on the tympanic membrane. Otoscopy, on the other hand, frequently reveals the incus.

Located at the base of the cochlea, the stapes’ footplate is supported by the oval window where the incus articulates with the stapes. The stapes are 3 mm long and 1.4 mm wide, with a ligament connecting them to the oval window.

Sound waves vibrate the tympanic membrane as they travel through the external auditory canal. The vibrations via the ossicles to the footplate of the stapes by the malleus’s embedded processus lateralis.

The middle ear reduces the volume of sound by shifting the sound medium from air to liquid from the ossicles to the cochlea, as well as by the activity of the ligaments.

The sound waves that reach the ossicles upset the cochlea’s endolymph, causing the basilar membrane’s hair-like projections to move.

The movement of the hairs causes nerve impulses to be generated, which are then transferred to the brain via the cochlear nerve.

The muscles on the malleus and stapes contract to reduce vibrations and protect the cochlea from harsh sounds. This is known as the sound reflex.

It takes approximately 40 milliseconds to activate. As a result, if a sudden loud noise, such as an explosion, is not detected in time, noise-induced hearing impairment might develop. 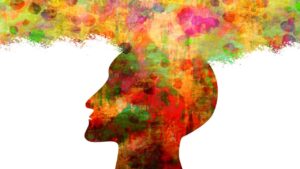 The significance of the ear

Hearing or balance issues can be highly disabling. Hearing is a social link, and the ability to balance and walk safely contributes to a person’s independence.

Despite being a small structure, the ear is fed by five cranial nerves:

The trigeminal nerve is the fifth cranial nerve.

The seventh cranial nerve is the facial nerve.

Glossopharyngeus is the ninth cranial nerve.

During an ear examination, activation of the vagus nerve’s auricular branch may induce the patient to cough, known as the Arnold reflex.

Because the ear and other portions of the head and neck share a nerve supply, inflammation or other pathology in these areas can produce ear pain.

Ear disorders are also linked to various other illnesses and can impact patients from various nursing professions.

Although the ear is small, it is essential for hearing and balance, and ear issues can be related to other conditions.

Patients with chronic ear illnesses and other health concerns benefit from nurses’ knowledge of the ear’s anatomy and function, which allows them to recognise problems earlier and give better treatment.

The post The Ear’s Structure and Function appeared first on https://gqcentral.co.uk