Why the Government Must Reduce Pesticides

Why the Government Must Reduce Pesticides

Why the Government Must Reduce Pesticides: In reaction to the current ecological catastrophe, will the UK government advocate for pesticide reduction?

Pesticides are contributing to the degradation of nature. A new government pesticide plan is expected later this year. Will the UK government, however, go beyond vague environmental commitments and set ambitious targets to eliminate pollution in our landscapes?

This briefing includes data from other nations that pesticide reduction targets are effective. Will the UK government take action based on this information, or will dogma and self-interest take precedence?

Following pressure from environmental groups and others, the UK government has agreed to hold a consultation in 2019 on a revised National Action Plan (NAP) for responsible pesticide use. Will it, however, address the threats that pesticides bring to biodiversity and human health?

To be effective, the NAP must commit to aggressive environmental protection targets, expressing the required ambition and propelling policy forward. A vague goal to limit pesticide use is insufficient.

In its 25-year environmental plan, the United Kingdom has already committed to more sustainable agricultural management with less pesticide use.

However, it has failed to establish a target indicating the degree of savings required, nor has it established a strategy for achieving that target.

The government recognises the need for targets to reduce other damaging emissions, such as air pollution and carbon dioxide—the same should be valid for pesticides.

The UK has so far failed to meet the requirements of the EU Sustainable Use Directive (SUD) to establish a NAP with quantifiable aims to decrease the impact of pesticides by failing to set targets.

The government is falling behind on risk-reduction targets.

Despite SUD’s request, the UK government maintains that it does not believe pesticide risk reduction targets are effective1, which bodes poorly for stringent targets in the new NAP.

However, the European Commission’s examination of SUD2 implementation measures found that they worked where measurable targets were in place, such as in Denmark.

The way the UK government handles pesticides could be the first litmus test for whether there is a genuine political will to preserve or increase environmental standards after Brexit.

This relates to pesticide standards in trade agreements, pesticide permit laws, and how we control chemical use in our landscape.

Why must current tendencies be reversed?

We’ve already discussed how pesticide use is increasing and why immediate action is needed to make agriculture more sustainable.

Friends of the Earth have also demonstrated how pesticide usage can reduce output by depleting natural resources on which agriculture depends.

What kind of objectives?

Targets based solely on quantity (e.g., treatment frequency index, amount of active ingredient sprayed) will not limit the use of pesticides that pose the most significant harm to the environment or human health.

For this reason, several EU countries are shifting their targets from use reduction to toxicity risk reduction.

Use and risk mitigation.

Friends of the Earth suggests establishing consumption and risk reduction goals. Incorporating a toxicity level for humans and wildlife guarantees that the pesticides known to be the most immediately hazardous are removed first and fastest.

However, limiting widespread use is also required to reduce pesticides’ indirect and poorly studied effects.

While certain herbicides are not regarded as very harmful, eradicating all wild plants—not just specific problem weeds—destroys vital nectar and pollen sources for bees and other insects.

Only after years of independent investigation was it discovered that neonicotinoid insecticides are toxic to wild bees.

Individual chemicals are also investigated, but wildlife and humans are exposed to a cocktail of several substances, the cumulative effects and interactions of which are primarily understood.

Given the unknowns, it makes more sense to transition to an agricultural system with significantly fewer chemical pesticides.

Targets work: pesticides are being reduced in Denmark.

Denmark set a target of lowering pesticide impact by 40% and has met that aim, according to a national pesticide exposure indicator (PLI).

This indicator considers pesticide user health, environmental toxicity, and environmental destiny, such as the danger of leakage into groundwater.

Although there was a disparity between the fall in pesticide sales (40%) and farmer use (28%). Between 2011 and 2015, there was a noticeable decrease in the application of chemical pesticides and their associated environmental impact.

This disparity is assumed to be the result of farmers hoarding supplies following the adoption of a pesticide tariff.

Every farm is now obligated to report statistics on pesticide use online. This means that precise maps of pesticide use in different regions may be constructed, allowing for targeted intervention in areas of high environmental risk.

The PLI system was also utilised to implement a new pesticide fee, which was used to pay farmer consulting services.

In the short term, it is believed that substituting pesticides with high pesticide levels for those with lower levels may lessen hazards.

In the long run, however, it is predicted that using non-chemical approaches through IPM will significantly safeguard against potential health and environmental hazards.

Targets are critical in establishing aspirational goals and providing direction for policy and investment.

While the ambitious aim of a 50% reduction was not met in France during the first NAP (Ecophyto Plan), there was a considerable shift in mindset and focus of research and development.

One practical outcome has been forming a network of demonstration farms, which have played an essential role in mainstreaming pesticide reduction through mutual learning.

Since the aim was set, analysts have concluded that existing technology and practices alone could reduce chemical consumption by at least 20%. More savings are predicted as a result of research and trials.

Specific goals have also been established for 53 active components. The initial NAP laid the framework for the new objectives, which are regarded as a success: “Without underestimating the magnitude of the problem, there is cause to be positive,” says Alain Tridon, Director of Plant Protection Services at the Ministry of Agriculture in Paris. 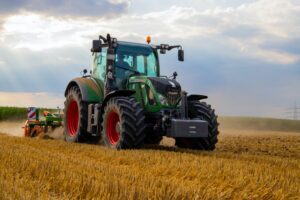 The European Commission claimed in 2017 that Germany had reached its target of reducing risk to the aquatic environment and non-target creatures by 30% between 1996 and 2006.

The German method employs advanced exposure models to assess risk to indicator organisms. However, the toxicity assessment is focused on simplistic endpoints, with little regard for human health.

The new German NAP does not include a pesticide use reduction target, despite the German Federal Environment Agency’s (UBA) opinion that such a target and farmer assistance measures are required to motivate a shift in practices.

On the other hand, the German NAP goes farther than the UK in this regard, stating that “the use of plant protection agents must be reduced to a minimum essential.”

Similarly to France, Germany’s demonstration farms have demonstrated that a 20% reduction in pesticide use is easily attainable with an increasing nationwide trend.

Some governments set measurable targets for promoting non-chemical alternatives and lowering the use of dangerous pesticides. Germany has established an aim of implementing published IPM principles on 30% of farms by 2021 and 50% by 2023.

This is a good technique that complements steps to assist conventional farmers in reducing their input use.

Germany has also set a goal of increasing the area of natural habitats in the agricultural landscape to promote beneficial insects such as natural predators to help reduce pests – an essential component of a good IPM strategy.

IPM, in particular, promotes natural pest control through natural predators. It is a comprehensive method that employs various strategies throughout the farm. However, minimising dependency on chemicals was never explicitly stated in the NAP’s UK definition of IPM.

To set significant IPM goals, the UK would need to define IPM more explicitly and assist farmers in making the change.

To date, it is evident that the technique used in the United Kingdom has been ineffectual. If the adoption of IPM techniques on UK farms had grown, pesticide use would have decreased. Nonetheless, pesticide use continues to climb.

Pesticide use will not be reduced through voluntary efforts.

There are no initiatives in the UK’s 2013 NAP to promote integrated pest management. Instead, the government relies on the Voluntary Initiative, spearheaded by the private sector (VI). However, the VI has failed to take meaningful measures to decrease pesticide hazards or use.

Its reliance on the National Farmers Union’s online form is a fundamental flaw. Completing this online form (which should take 30 minutes to an hour) fulfils the need for an IPM strategy. However, this form is simply a check-box survey that does not differentiate between good and terrible IPM plans.

The most excellent integrated pest management advice and tools depend on growers’ willingness to adopt new ways and their ability to pay for them.

As a result, environmental improvements are likely to be sporadic and disjointed. Neither the NAP nor the VI makes it clear that Integrated Pest Management should aim to reduce chemical use.

A decisive approach to integrated pest management is required.

A significant issue levelled at EU countries is a lack of activity to encourage Integrated Pest Management; the European Commission’s examination of NAPs revealed that more decisive action is required.

Nonetheless, there are examples of effective practices that the UK may rely on, many of which mirror what farmers have told us is required to increase the adoption of integrated pest management.

Farmers in the Netherlands are required to record all IPM measures in detail.

IPM is required in all agricultural vocational training in Poland.

National IPM rules for most crops produced in Italy, augmented by regional recommendations.

In France, research priorities include lowering pesticide use and addressing socio-technical and economic barriers to practice conversion.

On the latter point, the new Environmental Land Management Scheme (ELMS), which is expected to be a key component of post-Brexit agricultural policy in the United Kingdom, could provide a significant opportunity to assist farmers in adopting IPM practises, as outlined in a recent Pesticides Action Network report.

She is investigating the UK government’s environmental commitment.

The UK government has often pledged that it will address pesticide misuse. Now is the time to take action to better protect our precious pollinators and other animals.

A tailored approach, like with other environmental contaminants, is required. Right now, it’s difficult to hold the government accountable for a hazy commitment, and it’s difficult for landowners to understand what is expected of them.

Pesticide reduction targets have been shown to work in other countries. Any of these systems could be used in the UK, or a bespoke system might be created that incorporates the best features of all of them.

The problem is political rather than technological.

Whether or not we get a pesticide strategy with specific targets and measures could be a litmus test for the government’s commitment to maintaining or improving environmental protection after Brexit.

Keep an eye out for the long-awaited consultation on the Defra website. We will need to exert pressure to ensure that the plan is strong and sets the proper course for the health of our landscapes and ourselves.

The post Why the Government Must Reduce Pesticides appeared first on https://gqcentral.co.uk

What Is The Prevalence Of Hyperacusis