Vegan Food Colouring – Is It Really a Thing? 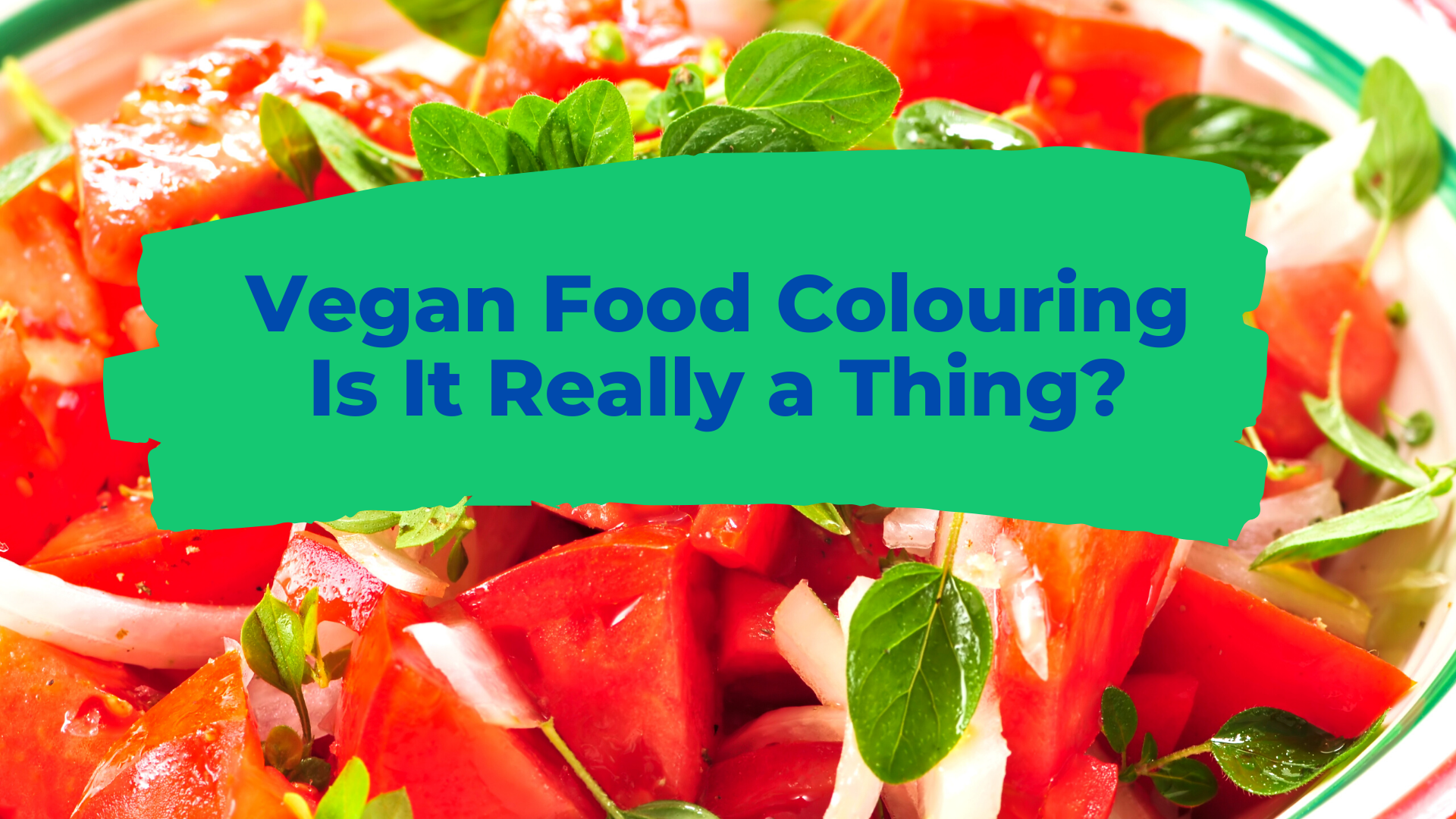 Vegan Food Colouring – Is It Really a Thing?

Vegan Food Colouring – Firms that innovate to suit new needs appear to have a strong customer following in today’s ever-changing industry. Plant-based and vegan dairy substitutes, such as ice creams, creamers, yoghurts, and drinks, are one segment pushing the frontiers of R&D. Over the previous five years, the number of vegan dairy product releases has surged by 112 per cent (Mintel 2018). The proportion of customers who identify themselves as vegan or vegetarian remains tiny. However, people are increasingly incorporating more plant-based meals into their diets for health and sustainability reasons.

Colour is something that arouses our interest. Colour was one of the first elements we were introduced to when children. As we grew older, we were interested in it and related it to various other things, such as clothing and food. Is food colouring suitable for vegans?

Colour makes the meal more appealing. Don’t we all agree that a salad looks lovely with all of the distinct hues of its ingredients?

The success of these categories is due primarily to goods that provide a dairy-free profile without sacrificing flavour. Brands appear to be constantly distinguishing themselves through distinct flavour and colour characteristics.

But you’re wondering if food colouring is okay for vegans to eat. Maybe you’re cooking for a bunch of vegans and want to be sure you don’t violate anyone’s culinary preferences.

Why is Food Colour Important?

Food colouring agents play a vital function. We cannot conceive food or its components without the use of colour. Colour makes food and its features more appealing to the eye and taste. Natural food colours are healthy for your health; however, artificially synthesised arterial colours are not, and the government should regulate their usage. Wherever artificial colours are used in food, they should be adequately labeled on the container. To maintain the safety and health of the general population, manufacturing enterprises and industries should rigorously adhere to the standards in food legislation.

Colour additives assist in preserving food and improving its appearance.

We need to regulate colour since it has an impact on branding. When individuals notice items changing colours, they may believe they are not receiving what they paid for. This may cause consumers to feel that the things are no longer of excellent quality.

Quality control guarantees that you receive precisely what you paid for. Research and development keep you up to date on the newest trends and demand. Natural and healthy products are designed to benefit both humans and the environment. Colour measuring ensures that items are free of dangerous chemicals or dyes.

Colour provides us with an idea of what we might anticipate in terms of taste and quality.

In the food and beverage sector, colour can be the most important sensory attribute. Food colouring offers consumers an almost instant perception of a product’s freshness, flavour, and quality. This influences a consumer’s decision to buy that product or choose something more enticing.

According to research, it takes customers 3-7 seconds to decide on a product. Companies must capture their clients in such a short period.

It has also been estimated that 90% of purchasers buy a product after viewing its colour and forming an opinion about how it would taste.

This colour-taste relationship has been around for a long time.

Food or beverage colour and appearance, which imply flavour and quality

Previous encounters with that product or brand

What Are Food Colors Made Of

There is no single response that says all food colouring is unsafe for vegans. There are several varieties of food colouring, each with its history. So, depending on the food colouring used, it might be vegan or not.

The label “natural” may entice you to purchase them for your cooking requirements. However, not all-natural food colouring products available at the grocery store are safe. The majority of them, however, are derived from plants.

However, one hue, red, requires the collecting and processing a kind of insect to obtain its extract. Cochineal is a kind of insect that may be encountered sucking moisture from the cactus. These insects are captured, dried, and treated to get that tempting red hue.

On the food colourants label, avoid anything that reads Carmine, Natural Red 4, or E120. Other naturally generated food colours are harmless and originate from plants.

Orange (E160b) is generated from annatto seeds; hence it is harmless. Caramel (E150a-d) is made from caramelised sugar, not endangered any living organisms. Elderberry juice (E163) can provide a rich purple hue to your recipe.

Lycopene is a vegan-friendly form of red (E160d). Turmeric (E100) may offer your cuisine an appealing yellow hue if you desire anything yellow. 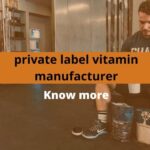 Using artificial food colouring is not a 20th-century marvel. In truth, dyes were used to colour food and cosmetics by the Egyptians as early as 1500BC, according to history.

Synthetic food colours are created from a mixture of organic components. They can be used as an additive in food and drinks to make them more appealing without adding taste. They are also used to provide colour to cosmetics.

However, these artificial colourants have been linked to allergies and irritation, which is why the government carefully regulates them.

However, these artificial colourants do not include any dairy, animal, or animal product, or living form, making them suitable for vegan eating.

If you are concerned about whether commercially purchased food colourants are safe for you and your vegan friends, developing your DIY food colourant is the best option. You can be guaranteed that everything is vegan-friendly this way!

Here are some natural food colourings you might wish to experiment with!

Beet juice turns your meal or drinks a purplish-red tint. You can have a pink coloured treat depending on the sort and amount of beetroot juice you use in your recipe! Remember that adding beetroot juice will enhance the flavour of the beets.

If you’re going to use it to make a drink, you might want to cut less on the sugar because it will add sweetness to the dish or drink!

If you’re creating a meal or a drink and want to add a bit of yellow colour, you may add turmeric to it to brighten things up. This will also give your drink or dish a tart taste.

If you want to obtain green colour, boil spinach and then puree it in a food processor. Extract the liquid using a cheesecloth and set it aside to cool before storing. This will give any dish or beverage a green tint. You may use them to make a garden-themed dessert by combining them with icing.

I’m not sure what the term is, but red cabbage appears more purple, suitable? There is, however, a nice way for achieving blue. Finely chop your red cabbage and boil it for up to 20 minutes. Allow the liquid to cool before filtering it.

Now comes the tricky part. With the addition of baking soda, your purple mixture might turn blue. To acquire the desired blue, add a few sprinkles at a time.

How bad is food Colouring for you?

There is no clear evidence that food dyes are harmful to most individuals. Nonetheless, they may trigger allergic responses in certain people and hyperactivity in hyperactive children. However, most food dyes are found in toxic processed foods, which should be avoided in any case.

Are food dyes tested on animals?

Many artificial colours are created in laboratories, and here’s the catch: they’re frequently tested on animals such as dogs and mice. Scientists examine the results of the tests to evaluate if the chemicals are safe to consume.

Does food Colouring change the taste of food?

The quantity of food colouring used and added to your icing or batter is the first reason it may alter the taste of your product. However, food colouring is not the only reason flavour may be influenced. In certain situations, you may have a bitter or chemical taste.

Don’t worry; it’s completely safe and not as disgusting as it appears. Because of the processing quantity, the dye has been separated from its entomological roots. However, if you’re vegan or kosher, you should avoid anything coloured with it.

Why are dyes added to food?

Colour additives can be used in food to improve natural hues, provide colourless and ‘fun’ dishes like cake decorations, and aid in taste identification (such as purple for grape flavour or yellow for lemon). Food dyes are another name for colour additives.

In summary, colouring food makes it more appealing and pleasurable. The colour of the food communicates flavour and taste, which is why it has gained popularity.

However, there are specific issues for vegans that must be defined. Natural red #4 is not environmentally friendly because it entails gathering insect secretions.

Aside from that, artificial food colourants are created from chemical components and do not include dairy, meat, or other living organisms. However, there are also worries that these chemical compounds may cause allergies.

So, is vegan food colouring safe? In general, they are. If you are concerned about store-bought food colourants’ safety, you can produce your own at home! 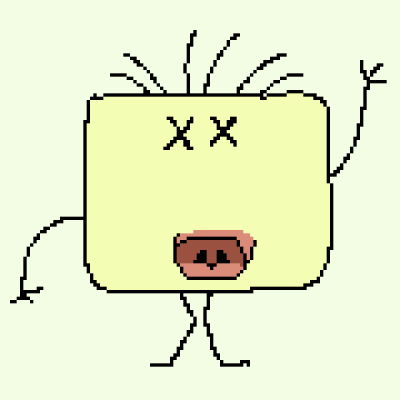 What Is A Psychic Medium? There’s More Than Meets The Eye

A Guide To Tooth Enamel Erosion And Restoration